Listen to 'The Promise' again, this time thinking about the girl's feelings and emotions throughout the story.

The Promise by Nicola Davies

Read with Miss E this extraordinary story. On a mean street in a mean, broken city, a young girl tries to snatch an old woman's bag. But the frail old woman,...

Can you fill in the table, thinking about the girls feelings throughout the story?

Today we are going to look at the language features we can use in our own writing for 'The Promise'.

Can you find examples of these features in the WAGOLL?

Can you find these features in the WAGOLL? 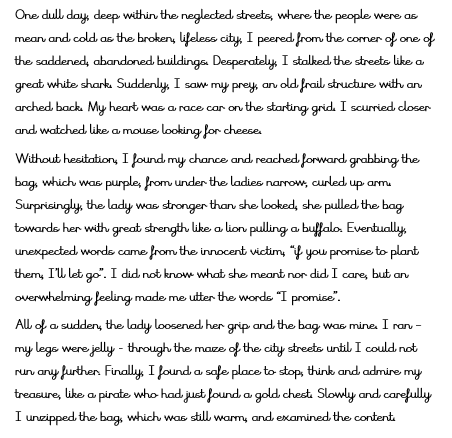 Now, lets think about adding our own alliteration ideas to add description.

Remember....alliteration is when two or more words have the same sound at the beginning....

If you are struggling to think of your own ideas for each picture, use the word bank to help you.

Some examples for the pictures could be... 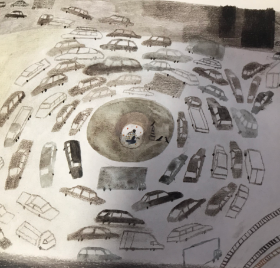 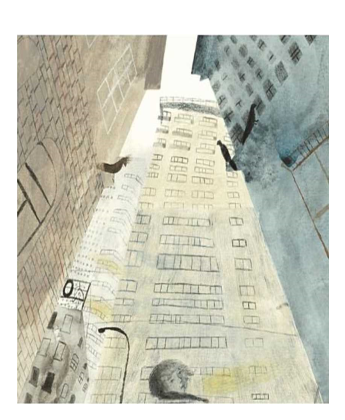 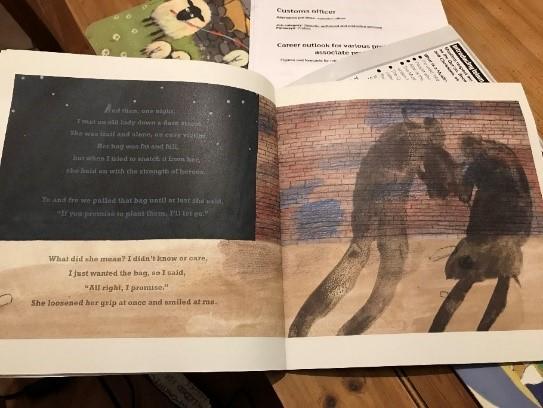 This task is all about....Fronted Adverbials!

Look at these two sentences;

What has been added to sentence one?

Why do you think the author has used this word? Explain.

Can you complete these sentences by adding your own fronted adverbials? Use the word bank below if you need to.

Today, we are learning about....relative clauses!

Listen to the song below to find out what a relative clause is...

A lyrics video for Anchor Creative Education's RELATIVE CLAUSE SONG to sing along with for free!

So...we now know that a relative clause is used to add extra information about a NOUN. They start with a RELATIVE PRONOUN such as:

The black crows , that swoop around the tall buildings, call to each other.

The railings, which are rusty, surround the balcony above.

You can use the relative pronoun help sheet below to decide which one to use for your relative clause. 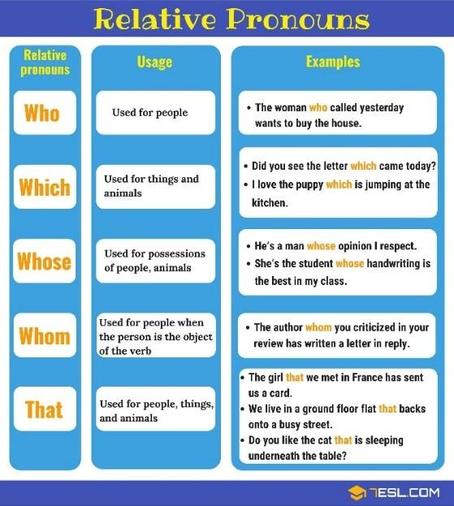 Can you choose the best relative clause to complete the sentences?

Finally, can you think of your own full sentences that include relative clauses for your big write?