Religion played a very important role in the lives of the Ancient Egyptians. They believed in a wide range of Gods and Goddesses. Each god and goddess had a special power and a specific job to do. For example, Horus was the God of the Sky and his job was to protect and rule Egypt. Thoth was the God of Writing and Knowledge. He gave the Ancient Egyptians the gift of hieroglyphics and taught them how to write.

Below are some of main Gods and Goddesses.

Choose any three gods and find out as much information about them as you can. You can use the internet to do your research or the PowerPoint attached below. 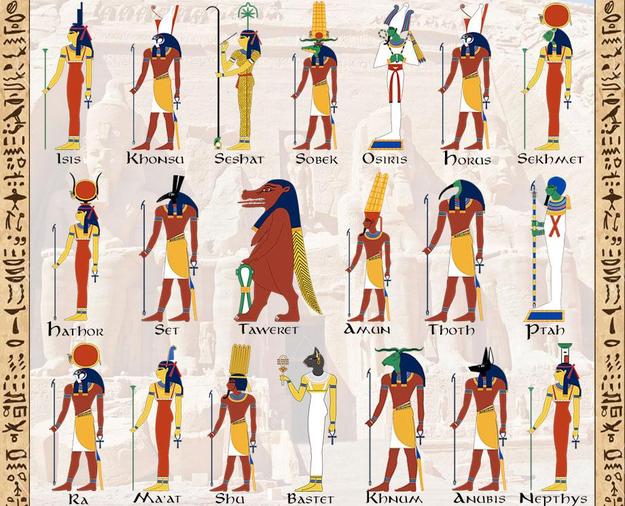 We already know that the Ancient Egyptians liked to dress well. Their gods must have taken even more pride in their appearance.  Your task is to draw the design of new outfit for a God of Goddess of your choice.

When designing your outfit, think about:

Remember YOU are the designer so be as creative as you can! Happy designing!