The focus of this week is: Fiction (Fables)

This is a simple sentence. It has a subject (cat) and a verb (stretched).

Which is the subject and verb in this simple sentence?

Simple sentences can be linked together using a set of conjunctions. It is then called a compound sentence.

We had indoor play. There was a storm.

We had indoor play because there was a storm.

Can you remember the year 4 conjunctions?

When, if, although, because

Can you think of other conjunctions: subordinating/co-ordinating?

Fox was starving so he searched around for food.

Have you noticed... The full stop is no longer needed after 'starving' and 'he' doesn't need a capital letter. 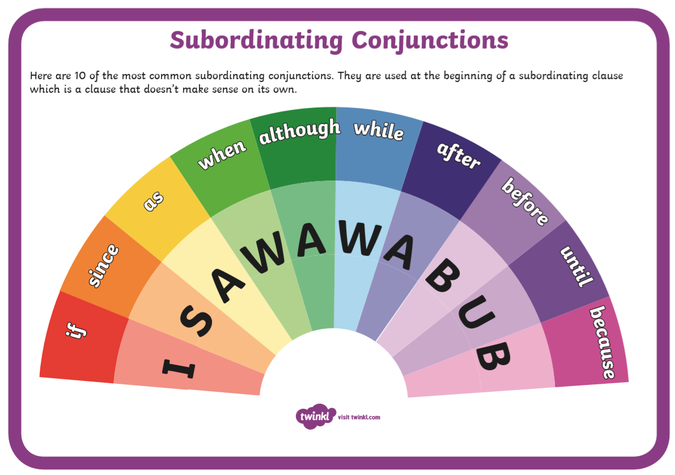 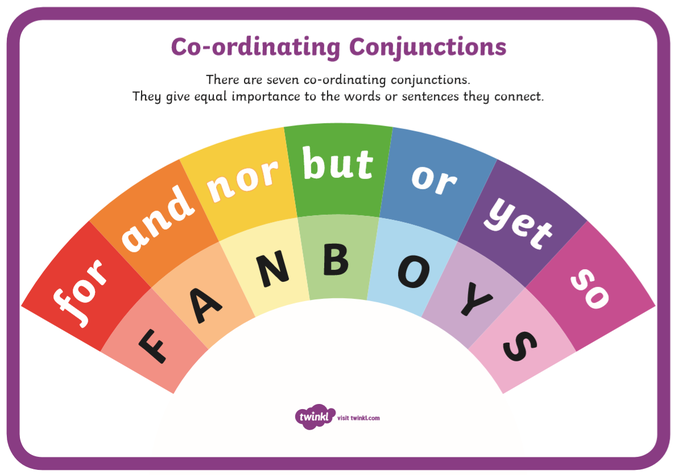 Fables are often short, so characters have to be easy to recognise for their traits (because fables are about moral lessons more than character development).

Let's pick the character Hare from the fable: The Hare and the Tortoise.

Your task is to look for character traits and justify these with evidence from the text.

Below are a range of short fables. Read these fables and choose 5 different characters who's traits you will pick out.

Use the table Analysing Fable Characters to layout your work. An example about the Hare has already been done. 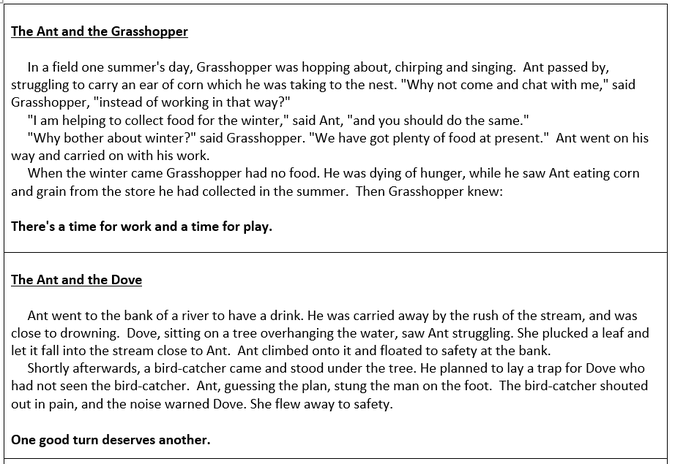 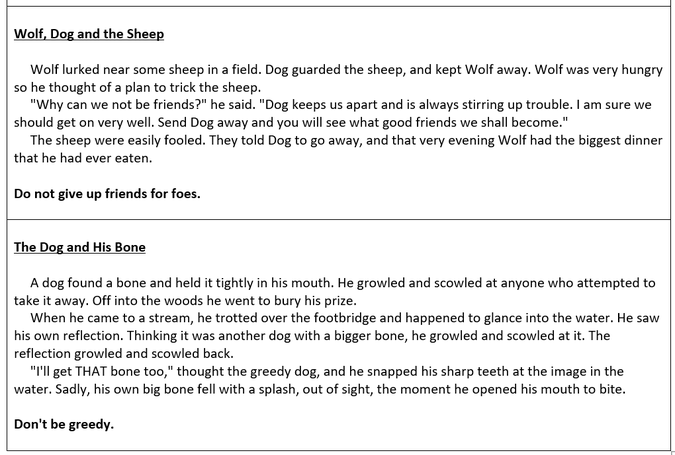 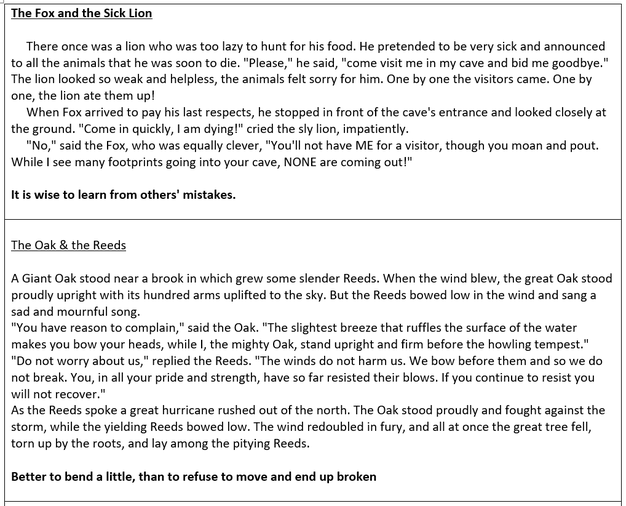 Activity 3 - The moral of the story?

Read the story 'The Boy Who Cried Wolf' and decide what the moral of this story is. 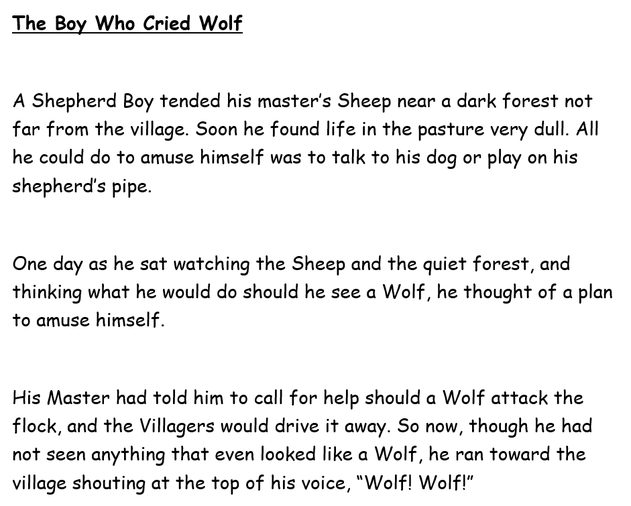 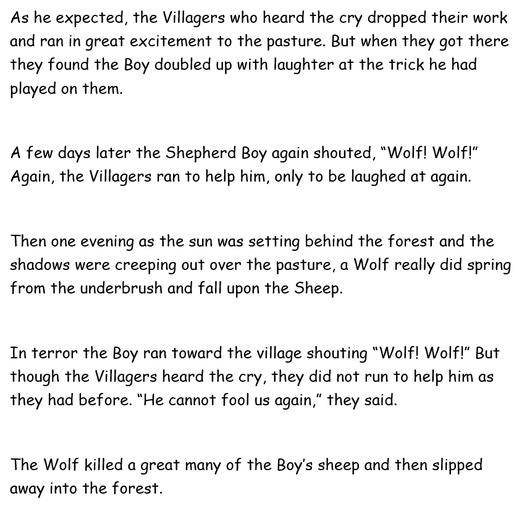 Some might think that the moral of this story is:

Liars are not believed even when they speak the truth.

But, there is no correct moral.

Meanings have changed for people, over the hundreds of years that fables have been retold.

Take a look at some of the morals below, that have been drawn from the story of The Boy Who Cried Wolf.

Who do you agree with? Why?

Read the fable 'The Fox and the Stork' and think about the different morals that can be drawn from it.

Then answer the questions about the moral.